From the team that brought you exciting audio releases of Captain Scarlet, Terrahawks, and Space: 1999, a terrific explosion of new audiobook releases is coming in early June, with even more planned for the future! Who’s behind it all? Why it’s those fine folks at Big Finish Productions and Anderson Entertainment. Titles from the worlds of Gerry Anderson old and new that have been announced include Into Infinity, Gemini Force One, Space Precinct, and more Terrahawks! 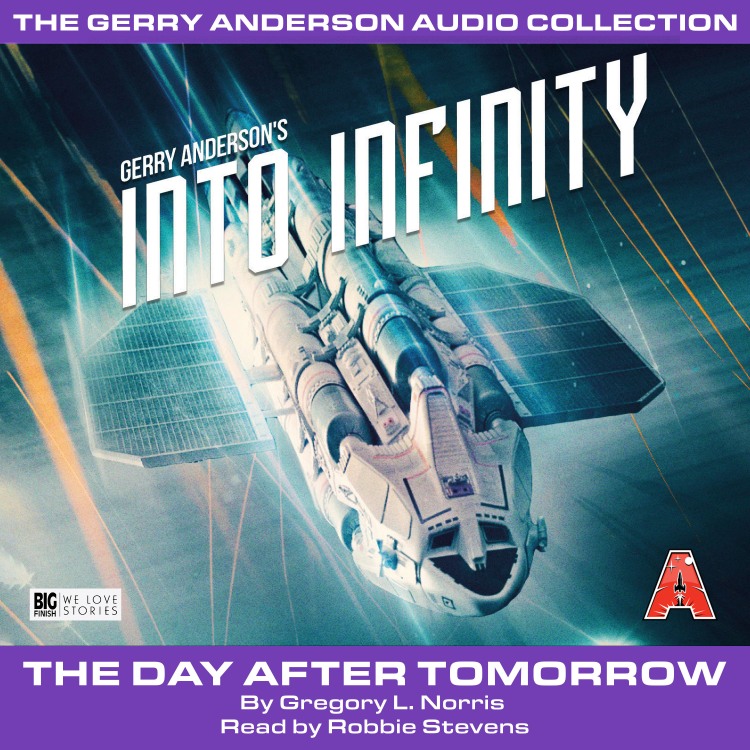 Into Infinity is based on the 1970s television pilot created by Gerry Anderson starring Nick Tate and Brian Blessed. The Day After Tomorrow, the first of a range of new audiobook readings of novelisations by science fiction author Gregory L Norris, will be narrated by Robbie Stevens.

Space Precinct also gets a novelisation of its original opening story, Demeter City, which was never produced for the 1990s television series’ original run. The story sees its lead characters Brogan and Haldane leave their beats in New York City and arriving on the planet Altor – feeding directly into the opening TV story. Written by Paul Mayhew Archer it has been adapted and read by Richard James.

And Terrahawks: Expect the Unexpected, an original novel from the 1980s by Jack Curtis, is also being narrated by original series voice, Robbie Stevens.

Future ranges and productions of both fiction and non-fiction titles will include more Space Precinct stories, Gemini Force One titles, the second Into Infinity novel – Planetfall, and New Captain Scarlet content to be released later this year and into 2021.

Series producer for Anderson Entertainment, Jamie Anderson said: “We’ve wanted to do more work with Big Finish Productions for some time as they are the natural home for Gerry Anderson on audio. With this deal, I’m so thrilled to see the worlds of Gerry Anderson expanding for fans across the globe to enjoy, at a time when entertainment and content is so important.”

Big Finish Productions Chairman, Jason Haigh-Ellery said: “I am so excited about these new productions we are doing with Anderson Entertainment. Gerry Anderson was a hero to my generation. I vividly remember watching Into Infinity and looking forward to seeing the next episode the following week – but then being massively disappointed when my parents told me it was a one-off. Now, 45 years later, I can finally get to share the adventures of the Bowen and Masters families!

“I have always been fascinated by the production process and the alternative original pilot for Space Precinct always intrigued me. And now we can all listen to the differences in tone and ideas. I do hope Anderson fans enjoy these productions as much as we did putting them together.”

The first four audiobooks are available for pre-order now via the Big Finish website at www.bigfinish.com. (All titles are download only.)

The June releases (and prices) are:

Into Infinity: The Day After Tomorrow by Gregory L Norris, read by Robbie Stevens – £9.99

Big Finish listeners can pre-order all of the above titles in a bundle for just £24.

Further ranges and productions will be released later in 2020 and into 2021.